When did people first start bathing in Lake Geneva?

It’s difficult to put a date on the first time people bathed in the lake since no traces have been left. People probably bathed in it during the prehistoric period! The official history started in the 17th century with the first infrastructures, although certain documents from the 15th century appear to prohibit bathing during severe outbreaks of the Plague. However, sources lead to thinking that the lake was little used for reasons of hygiene. People preferred to use fountains, rivers, steam rooms, thermal baths, cold baths, etc. Perhaps people were scared of the lake and that it was dirtier than running water. It was used more for pleasure, in particular for swimming.

Did these practices develop alongside the development of infrastructures like piers and beaches?

Bathers and swimmers certainly benefited from infrastructures to ensure the safety of the bathers, but also for reasons of decency! Facilities were built so that swimmers could not be seen from boats, and that there was no breach of decency for those who strolled along the lake.

Did all the social classes bathe in Lake Geneva?

You speak of decency: what about today? Do the people living round Lake Geneva bathe in the lake? Is it compatible with all the other different uses we can see?

In terms of decency, I’d say there are no longer any problems today – the regulations allow the monokini around Lake Geneva. But it is true that during the temporary exhibition at the Museum of Lake Geneva devoted to bathing (1), the news brought these issues of decency back into the picture. The exhibition gave the occasion to discover a genferei, a “genevoiserie”, or a very funny Genevan speciality. Indeed, two regulations had survived in Geneva: a regulation of 1989 that authorised the monokini on the beaches and another regulation of 1929 that stated that bathing should be done chastely, prudishly. Women could be fined by over-zealous policemen because they went topless in the water, although they were allowed to go topless on the beach. The police waited for them to go into the water in order to fine them! And it was at the beginning of the exhibition on bathing that the regulation of 1929 was abrogated … (laughter). It gets more complicated when there are conflicts between uses. So many people use Lake Geneva, swimmers, pleasure boaters, water skiers, wind surfers, and so on. These activities need space and can lead to problems.

There’s also the issue of the quality of the water.

Yes, indeed, but the quality of the lake’s water is checked every day by the International Commission for the Protection of the Waters of Lake Geneva (CIPEL). We know that the water of Lake Geneva in which people bathe is perfectly acceptable and even of very good quality, which hasn’t always been the case. In the 1970s and 1980s, Lake Geneva was deserted by bathers because it was extremely polluted, particularly by phosphates. It was exactly in this period that swimming pools were built just two metres away from the edge of the lake. Now we ask why there are so many swimming pools at the edge of the lake! Well, it was because people didn’t bathe in the lake at the time, but they liked being on its banks.

In the exhibition, you have also emphasised the very attractive dimension of Lake Geneva for tourism and the habitat, with a rich collection of postcards and posters. How did this reputation come about?

Lake Geneva has a rich history of tourism that goes back several centuries, and which has led to the construction of a large number of hotels. These tourism entrepreneurs quickly wagered on the lake as well, not only as a landscape, but as a place for relaxation, sailing, bathing and swimming, all activities on which on which they communicated a lot, with many posters and superb postcards. Today, bathers can profit from more than 120 beaches around the lake!

This rich account also includes anecdotes on the animals present in the lake.

The exhibition told the story of Ali, a small alligator that escaped into the lake during summer 1950: its owner had brought it to the lake to see how it could swim, and off it went! It remained three or four weeks in the lake until it was found at the same place it had escaped from. In the press of the time, everyone was saying “Watch out for your toes! There’s an alligator about,”

Animals are very much present in the lake: there are the wels catfish, which are very big fish, and among the rare European fish to bite bathers – a case not yet reported in Lake Geneva, but it could happen. We also have many other animals that have arrived from time to time in this lake: there was the boar that crossed it to escape hunters in December 2015, and the last Genevan bear threw itself into the lake while fleeing from its pursuers in 1720. When one thinks of the lake’s animals, one also thinks of duck fleas, the sworn enemy of bathers. They are parasites whose name is deceptive: they are not fleas that jump, but larvae that rise to the surface to colonise ducks. They sometimes make mistakes and target humans! They are increasingly present when the temperature of the water rises.

Speaking of the lake’s fauna and flora, the exhibition mentioned a special link between a pike and … Brigitte Bardot.

It’s true! Brigitte Bardot played in a Louis Malle film called A Very Private Affair (1962), quite an autobiographical film that told of the misfortunes of a woman who couldn’t tolerate her celebrity. A large part of the film was shot in Geneva. There’s a scene on the lake where Brigitte Bardot is on a boat, and she’s seen in a bikini on the shores of the lake. The poster we have in our collections is so beautiful that was part of the exhibition circuit!

Grace Jones could also be seen in a submarine.

Lake Geneva is probably the lake with the richest history regarding submarines. There have been many. 40,000 people have been estimated to have travelled to the depths of the lake in a submarine. Among these submarines, one of them, the “F.A. Forel”, was built by Jacques Piccard, a famous Swiss oceanographer. He had the opportunity to dive with the American actress and singer Grace Jones in 1989. On this occasion, they came across a remarkable device on the bottom of the lake: a floating mast, a bathing attraction installed in the 1930s at Lausanne and which had been sunk in the lake when no longer needed. It was a period when lakes were treated like dustbins, when anything that was no longer wanted was allowed to sink! The team came across this object during its expedition. The mast was found again in 2017 and raised to the surface from where it had spent 78 years in the water, at a depth of 122 metres.

Among the strange things lying on the bottom of the lake one can find war munitions.

There are an enormous variety of things in the lake: a lot of wrecks, airplanes, railway wagons, boats, a host of strange machines … and also munitions. The Swiss army – as well as the industries that manufacture the munitions jettisoned a large quantity of munitions to the bottom of the lake, especially after the Second World War. It’s thought that from 150 to 1,000 tonnes are submerged in Lake Geneva! It leads to problems of water quality, because the munitions obviously contain harmful substances. A diver who gets too close could also explode the charges! Mapping is being carried out to locate and assess the risks.

Let’s return to the question of access to the lake. Are there still a large number of public beaches around Lake Geneva?

There are thought to be around 50% of private beaches and 50% of public beaches, despite laws that guarantee passage along the shores. Nonetheless, there are more than a hundred bathing spots on the Lake, and new sites are being created. This is the case of Geneva with the inauguration of the new beach of Eaux-Vives two years ago and the city is launching a second project for a bathing site on the right bank of the bay. Bathing is an extremely democratic and democratised activity. Moreover, it is also part of the city’s strategy to improve the life of its citizens in the face of climate change. In addition to planting, spaces giving access to the water are essential to reduce the temperature and improve the well-being of the population.

Were you able to draw from many documents on bathing in Lake Geneva to present all these facets, and was the public surprised to discover these pursuits practiced over the centuries?

It wasn’t easy to organise an exhibition on bathing. There were a lot of different sources, but none of them merged. When telling the history of bathing, one tells the history of something that doesn’t leave any trace but is genuinely popular. It’s much easier to recount the history of phenomena linked to elites that leave prestigious items like a chateau or a church. It’s much simpler than to recount the history of a beach. Nonetheless, the exhibition had really significant repercussions, because we’re speaking about an activity with which everyone can identify. Here, the people who grow up and work in the region have a relationship with the lake and have gone one day to a beach where they threw themselves into its waters. Bathing has always interested and concerned everyone!

(1) “Splash! A history of bathing in Lake Geneva”, a temporary exhibition at the Museum of Lake Geneva, April – November 2017 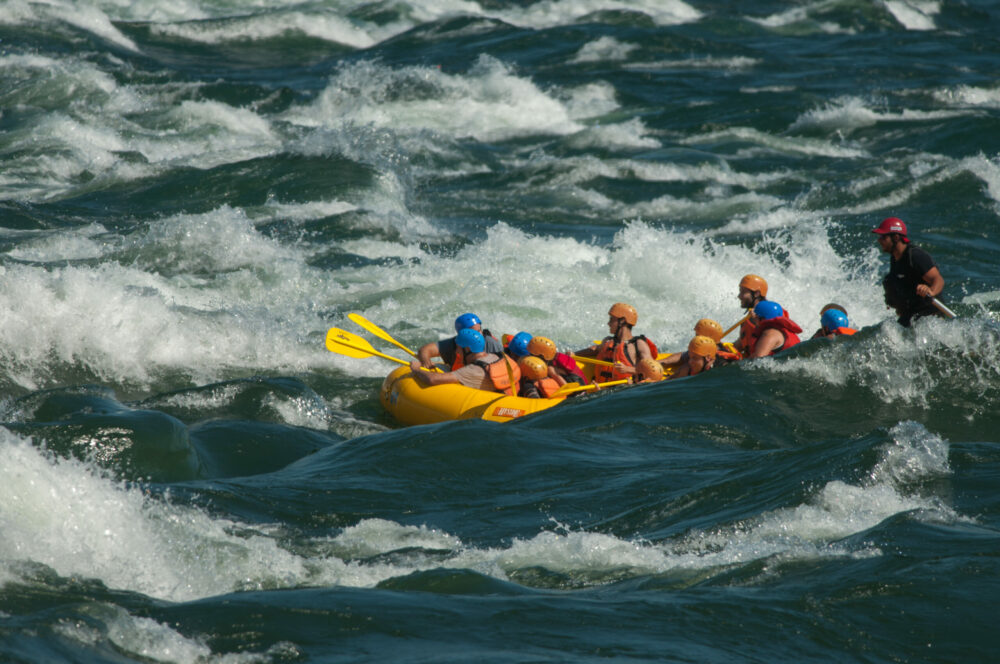 Stratégies Saint-Laurent, a network to protect the St. Lawrence River

Stratégies Saint-Laurent is a key player in the governance of the St. Lawrence River. Composed of twelve ZIP Committees (Comités ZIP – Areas of Prime Concern)* in Quebec, it promotes interregional and national cooperation as well as the involvement of local communities along the river to preserve it. An educational component was quickly added to these two main missions, to make all users of the river aware of its strong contribution to the development of Quebec but also of its vulnerability. Jean-Éric Turcotte, Director General of this innovative organization, tells us about the pressures that weigh on the St. Lawrence today and the solutions that are developed to deal with them. 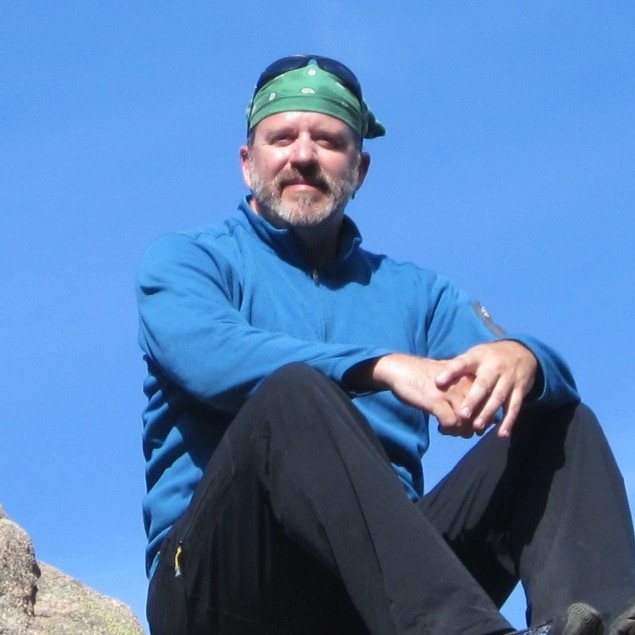 Jean-Eric Turcotte
Read more
See all news
Our site uses cookies to ensure its smooth operation and optimise its performance. By continuing to browse on this site, you accept the utilisation of audience analysis cookies.I understand